Canine degenerative myelopathy (DM) is a disorder that occurs relatively late in a dog's life, usually around age 8. The first signs are lameness or toe dragging in the hind legs. The disorder will persist and get worse, leading to complete paralysis of the back legs and then progression further up the body.

DM is common in Corgis and German Shepherds and is also found more rarely in a wide range of other breeds. Jayne, the lab mascot, who looks a Boxer x Amstaff or similar is a DM carrier.

Dogs that have two copies of the DM gene are at high risk of developing DM.

DM is an autosomal recessive disorder. Autosomal disorders are equally likely to affect male or female dogs, while "recessive" means that a dog needs to inherit the DM mutation from both its parents to be affected.

This test is in the Australian Kelpie panel. 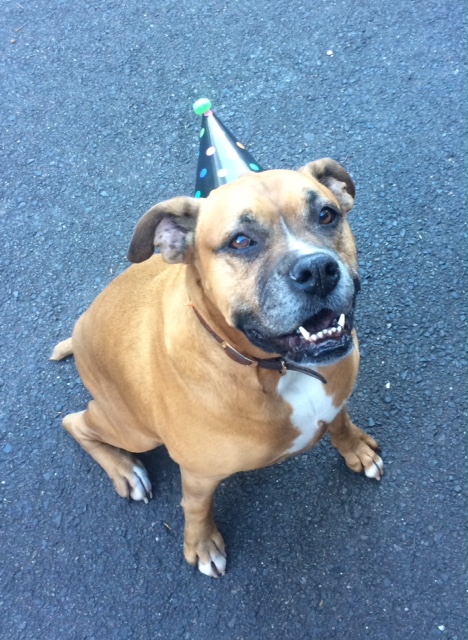