PRA-PRCD causes late-onset blindness in dogs. Dogs with PRA-PRCD go night-blind first as the rod cells in their retina are lost. They go completely blind when the cone cells in the retina also die.

Cavoodles and other poodle crosses that are not first-generation crosses are also at risk of PRA-PRCD.

PRA-PRCD is an autosomal recessive disorder. Autosomal disorders are equally likely to affect male or female dogs, while "recessive" means that a dog needs to inherit the PRA-PRCD mutation from both its parents to be affected.

This test is not in any panels. 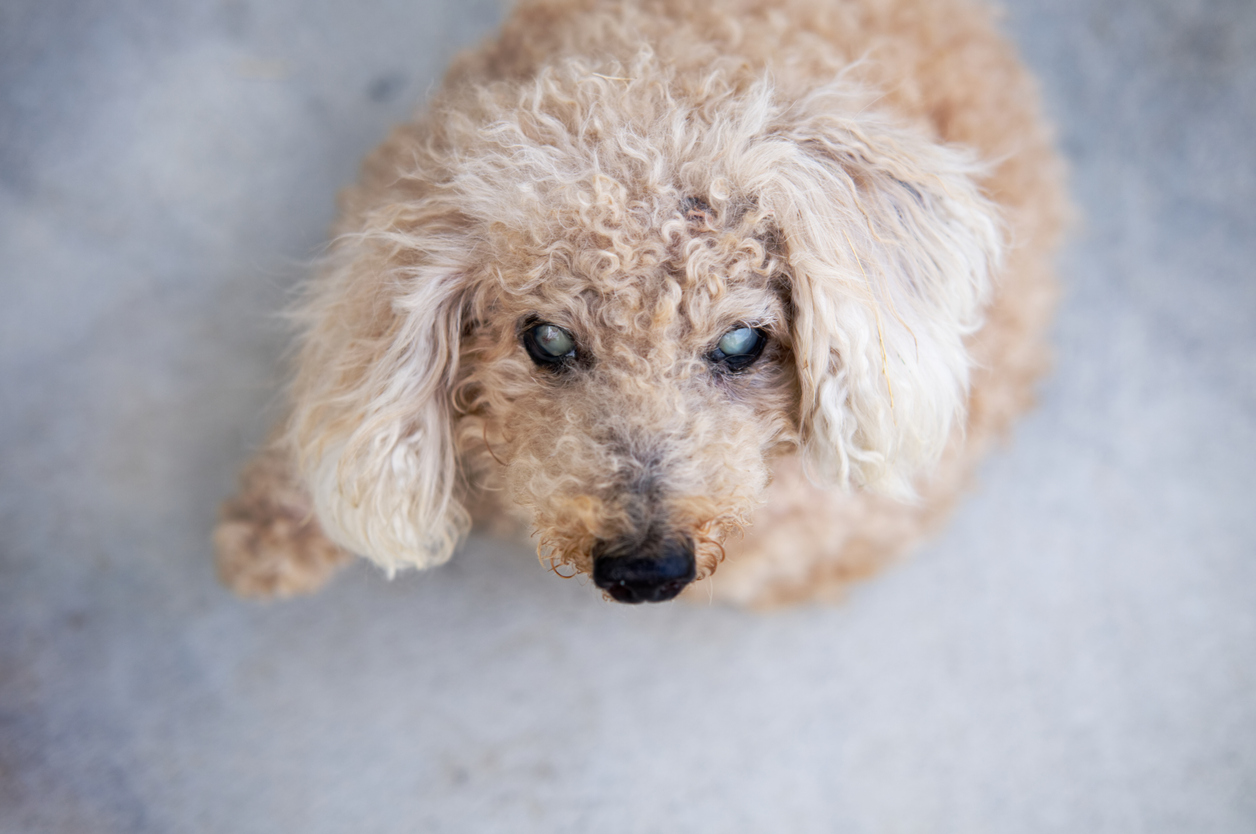