COVID-19: We are still open and testing during the COVID-19 outbreak.
We might be little slower than usual at times.

Cerebellar abiotrophy (CA) has been reported in working Kelpies. Dogs affected by CA can show head or neck tremors, problems with their balance, exaggerated or erratic leg movement and problems eating or drinking from a bowl.

This test (CA: VMP1) is associated with a form of CA that first appears in young dogs rather than pups. Some owners noted that these dogs are physically small as well as having CA.

A positive result for this test (A A) does not guarantee that your dog will develop CA, but it is a strong guide. In the original study, 8 of 13 dogs with later-onset CA had an A A result for this marker, while none of the healthy dogs showed the same A A result.

Other possible results for this test are A C or C C. Dogs with an A C result do not have a high risk of CA but can potentially produce A A pups.

This form of CA has been found in border collies as well as Kelpies.

This test is in the working dog CA panel. 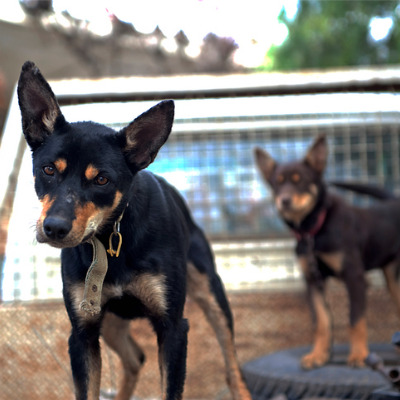 This form of CA has been diagnosed in dogs between 4 and 16 months old.